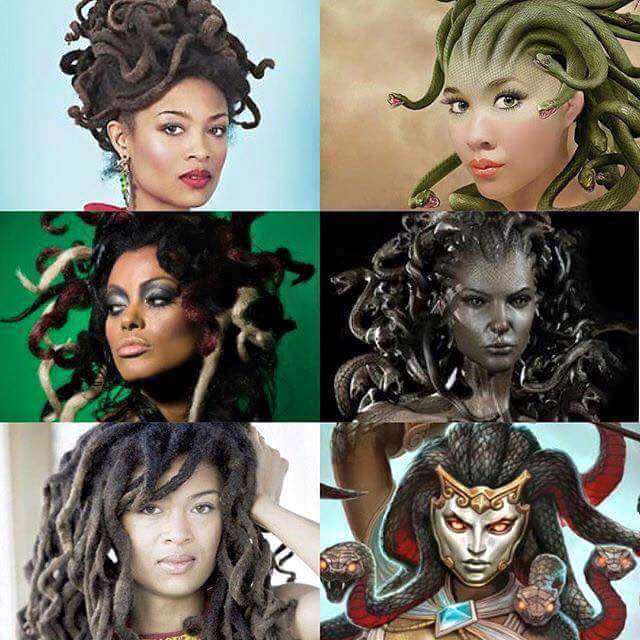 She was the Afrikan serpent-goddess representing Female Wisdom and was called “the mother of all gods, whom she bore before childbirth existed.” In typical treatment of maligning Afrikan tradition, European “classic myth” made Medusa into a monster; the terrible Gorgon whose look turned men to stone. The Gorgons were a trinity whose names were Medusa, Stheino, and Euryale ­­or Wisdom, Strength, and Universality.

European writers pretended they were monsters, but these are not the names of monsters. Medusa was the Destroyer aspect of the Triple Goddess called Neith in Egypt and Athena in Greece. Medusa’s name is derived from Egyptian Maat (Truth), which also gives us the words medicine, mathematics, and Sanskrit medha (female wisdom). The Greeks and Romans were both very good at exploring, conquering, and adapting the local religions of conquered peoples to suit their needs. It’s thought that when the Greeks came to Africa, they encountered a people who had a goddess depicted with dreadlocks.

The original, real life Medusa, supposedly had dreads and the origin of dreads through ancient discoveries existed before the fictional Medusa character was recreated. She was the snake Goddess which is how Europeans formed their version of a monster with hair of snakes, with a face that would turn any man to stone because of fear, which developed from the Gorgon mask she carried with her.

Medusa has historically been seen as the archetype of the nasty mother, however she is far more complex.

She symbolizes the following:
Sovereign female wisdom. The female mysteries. All the forces of the primordial Great Goddess: The Cycles of Time as past, present and future. The Cycles of Nature as life, death and rebirth. She is universal Creativity and Destruction in eternal Transformation. She is the Guardian of the Thresholds and the Mediatrix between the Realms of heaven, earth and the underworld. She is Mistress of the Beasts. Latent and Active energy.

Connection to the earth. The union of heaven and earth. She destroys in order to recreate balance. She purifies.

5 thoughts on “Medusa’s “hair of snakes” were really dredlocks.”

Get Your Sea Moss gel Here 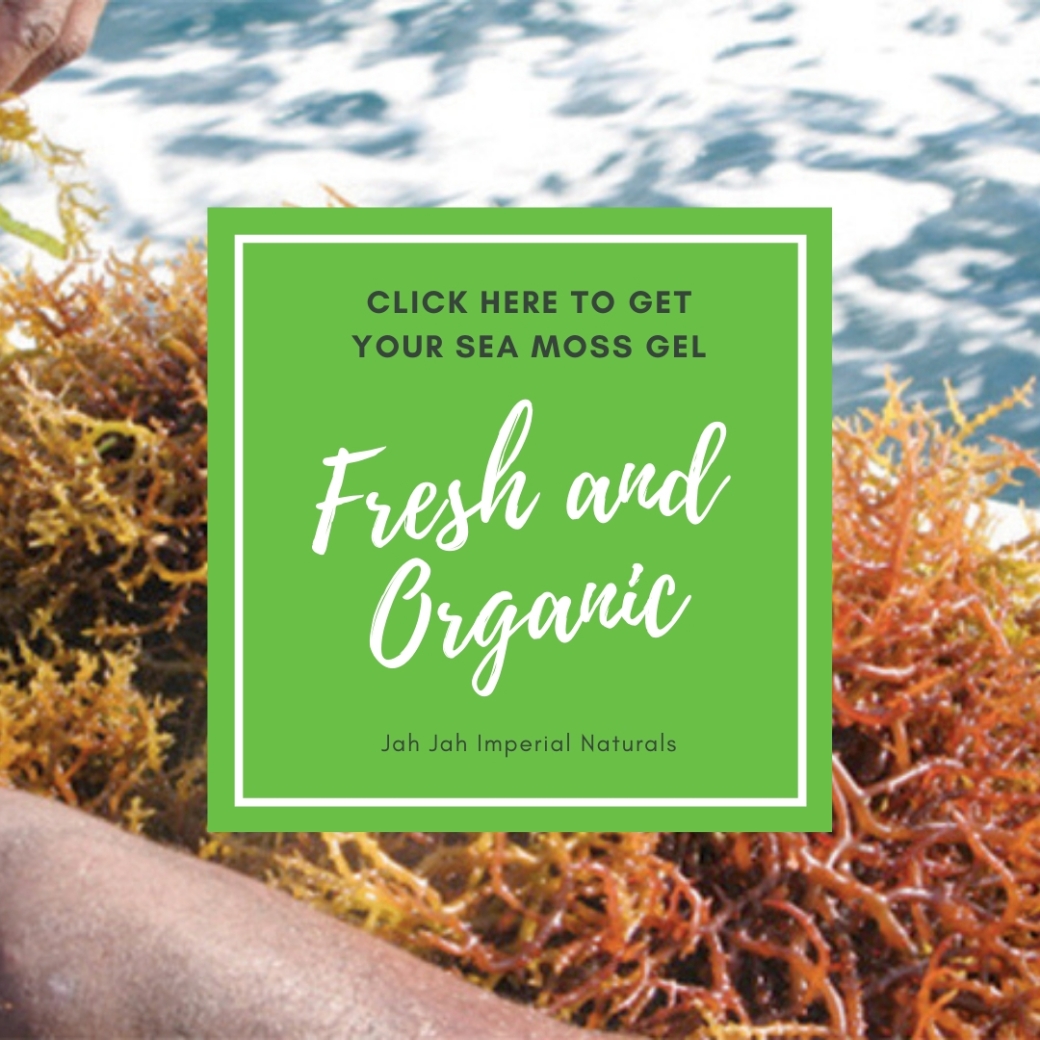